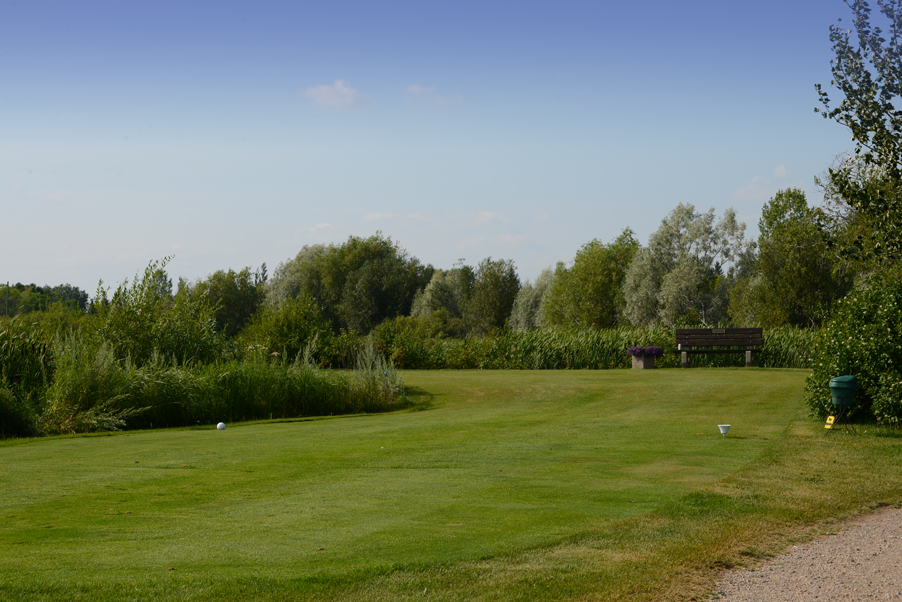 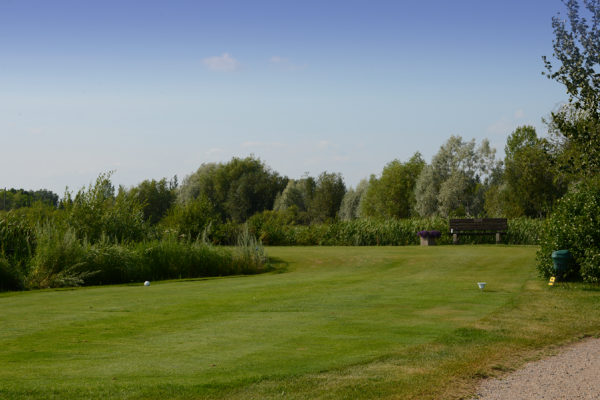 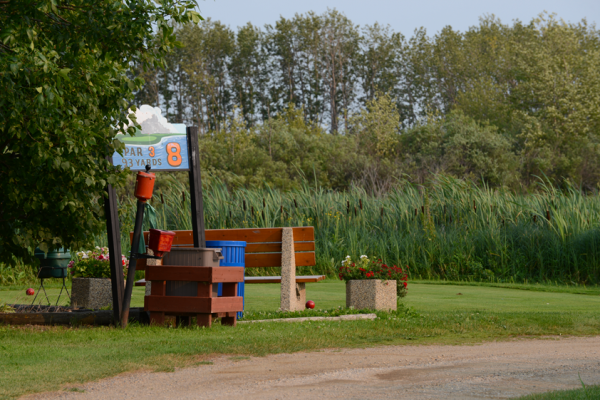 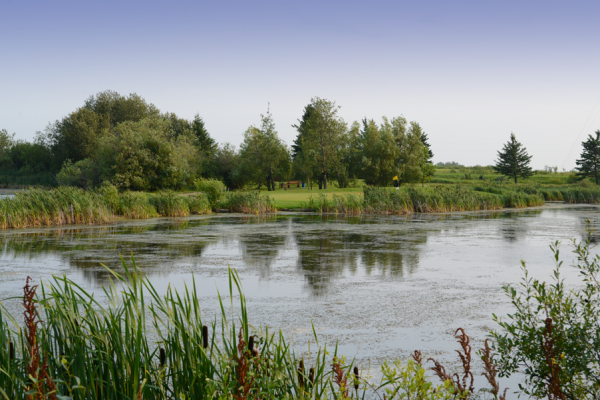 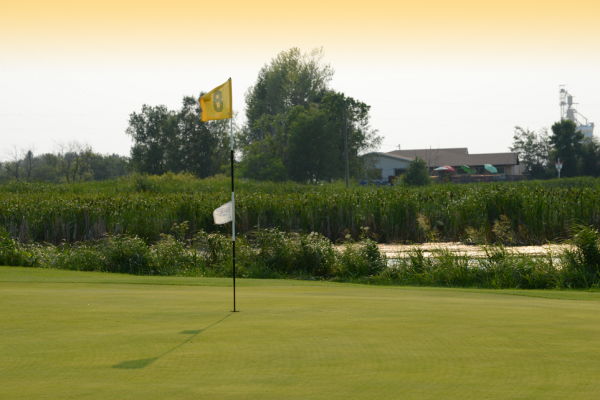 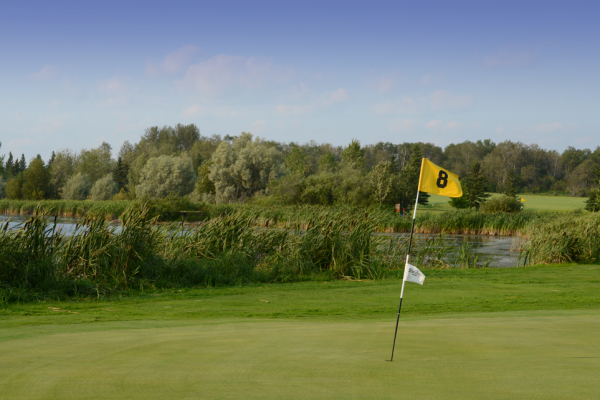 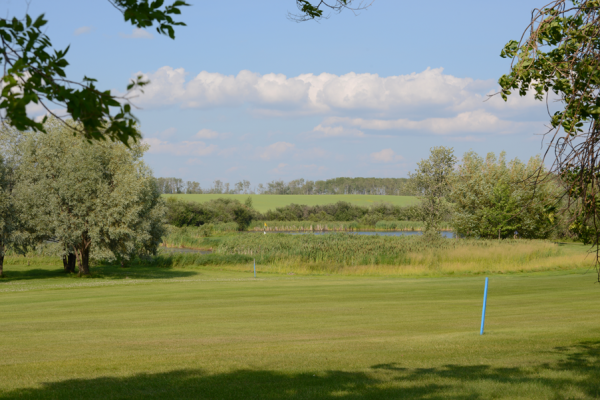 If seven is the toughest, number eight is by far the most picturesque hole you’ll find at Roblin Golf and Country Club. It’s where our signature pond comes into full view, and surrounds most of the teeing ground and green. A narrow causeway connects the two, but most of what you see as you stand on the tee box looking toward the flag….is water. Despite the fact that it’s a par-3, this hole has a reputation to intimidate, and has become heroically known by many of our members as Weefy’s Last Stand. Long before Roy McAvoy did it on the big screen in “Tin Cup”, the story of fabled men’s night duo, Weefy and Westy, was enshrined in myth and legend. The tale goes that as the two stepped onto the tee box to face their opponents for more click-filled shenanigans near the end of their match, Weefy proceeded to put one ball after another into the water. Each time he did, Westy could be heard galvanizing his partner’s will with the enduring phrase “Nice shot, cack!!” It is said that their time spent on the tee box that evening was measured not in minutes, but by how many of his trademark stogies Weefy smoked while stubbornly insisting on getting just one ball over the water. Some say he swung at a dozen; others say closer to a dozen and a half. There are even those who claim he finally – and mercifully – took a drop beside the green after going through every ball in his bag. What we do know for certain is that Weefy was neither the first nor the last to put a ball in the water here. But avoiding such an ugly shot on such a beautiful hole? That is both the risk and the reward!